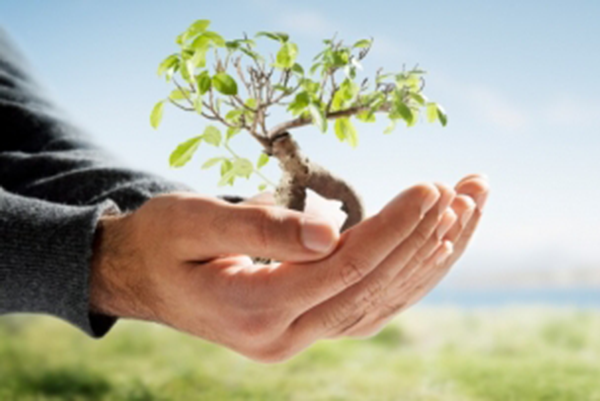 At an EU level, a comprehensive EU investment policy is implemented, allowing the EU to negotiate investment protection agreements itself. Article 207(1) of the TFEU explicitly mentions foreign direct investment as forming part of the common commercial policy, while the TFEU itself establishes the EU’s exclusive competence on foreign direct investment. International investment law aims to protect the owner of tangible or intangible assets who transfers them from one country to another to generate wealth from their use in that country. The safeguards relating to the protection for foreign investment and proprietary rights afforded by international investment law comprise the requirement of non­discrimination, the prohibition of confiscatory taxation, the standard treatment of foreign investors, and the doctrine of abuse of rights. Cyprus, a renowned international business center, is a signatory to a significant number of the major international conventions and treaties and has incorporated a plethora of acknowledged concepts and practices of international investment rules into its national legal order.

How do investment treaties protect parties directly investing in Cyprus?

BITs and MITs generally contain similar investor protections. The most common protections found in these instruments are:

How does the Constitution of Cyprus afford protection to investors?

Is Cyprus a signatory to any international instruments relating to foreign investment?

Cyprus is a signatory to the most important multilateral treaties (MIT) relating to foreign investment, which are briefly described herebelow. The Energy Charter Treaty (ECT), signed and ratified by Cyprus, is an international agreement which establishes a multilateral framework for cross-border co-operation. The treaty covers all aspects of commercial energy activities including trade, transit, investments and energy efficiency and is responsible for protection of direct foreign investments. Its provisions protect investors and their investments from political risks involved in investing into a foreign country such as discrimination, expropriation, nationalization, breach of contract, damages due to war, etc.
The Multilateral Investment Guarantee Agency (MIGA) is an autonomous international organization (under the World Bank), to which Cyprus is a member state. MIGA offers insurance to cover five types of non-commercial risks: currency inconvertibility and transfer restriction; government expropriation; war, terrorism, and civil disturbance; breaches of contract; and the non-honoring of sovereign financial obligations.
The International Center for Settlement of Investment Disputes (ICSID), established under the ICSID Convention of 1966, which Cyprus has signed and ratified, is an impartial international forum providing facilities for the resolution of legal disputes between eligible parties, through conciliation or arbitration procedures. ICSID can be utilized for the resolution of any investment dispute arising from an investment made by a national of a contracting state in the territory of another contracting state. As evidenced by its large membership, dramatically increasing caseload, and by the numerous references to its arbitration facilities in investment treaties and laws, ICSID has come to play an important role in the field of international investment and economic development. The principal requirements for ICSID arbitration are:

Consent to ICSID arbitration by a host state may be contained in national investment legislation, an investment contract or an investment treaty. ICSID is a self-contained system which provides for enforcement in Contracting States. It derives its authority from its status as an institution of the World Bank. Investment disputes may also be heard in other fora. Of the total investment disputes known to have been referred to arbitration, the overwhelming majority were filed with ICSID or under the ICSID Additional Facility (which provides for ICSID arbitration in circumstances where the requirements of the ICSID Convention are not met). However, the Stockholm Chamber of Commerce, the Permanent Court of Arbitration in the Hague and the International Chamber of Commerce (‘ICC’) have also been chosen by parties for the settlement of investment disputes.

Does Cyprus have any Bilateral Investment Treaties with other states?

Cyprus is a party to a number of Bilateral Investment Treaties (BIT), amongst others with Armenia, Belarus, Belgium and Luxembourg, Bulgaria, China, Czech Republic, Egypt, Greece, Hungary, India, Iran, Israel, Italy, Jordan, Lebanon, Malta, Montenegro, Poland, Qatar, Romania, Serbia, and Seychelles. BITs govern issues relating to investments carried out by nationals of one contracting state in another contracting state. They guarantee protection for such investments and provide regulations for settling any disputes which may arise therefrom. Nevertheless, despite the dispute resolution advantages that BITs afford, it should be stressed that within the context of its constitutionally enshrined safeguards, an investment-friendly domestic legal regime and its ratification of international legal instruments, the treatment provided for investors from states that are parties to BITs is essentially the same treatment which would be offered by Cyprus to investors from any country.

Are there any specifically regulated sectors or ‘restricted investments’?

In line with the freedom of establishment there are no restrictions on investment by citizens of EU member states other than those applying to specifically regulated sectors, such as banking and finance sectors, where approvals may be required for customer protection purposes, but these apply equally to Cypriots, nationals of other EU member states and third-country nationals. For both EU and third country investors, restrictions remain on acquisitions in the areas of real estate, tertiary education, public utilities, radio and television stations, newspapers and magazines and airlines. It is characteristic that the Movement of Capital Law 115(I) of 2003 ensures that no restrictions in relation to the movement of capital shall exist, including profits and dividends, from Cyprus to any person in either a Member State of the EU or a third country.
Furthermore, there is no exchange control legislation in Cyprus and residents and non­residents alike may hold and manage assets and liabilities in any foreign currency in any jurisdiction, including freely convertible and transferable balances on the island. In all but a very few strategic sectors of the economy, namely those perceived to relate to national and public security, foreign investors may now participate with no limits on equity holdings and without any prescribed minimum level of capital investment. In general, foreign investors no longer need approval from the Central Bank of Cyprus and may invest and do business in most sectors in Cyprus on equal terms with local investors.

Is there a mandatory screening of foreign investment?

There is no mandatory screening of foreign investment. Foreign investors can incorporate a company directly at the Registrar of Companies through regulated lawyers (advocates), a procedure identical to that for national residents. Similarly, foreign investors may acquire shares in an existing Cypriot company directly, without prior permission by the Central Bank (which had been the previous regime). Companies, are, however, required to make relevant filings with the Registrar of Companies over any change in their ownership.

Are Cyprus’ foreign investors protected in respect of taxation issues?

Cyprus has developed a wide network of Double Tax Treaties (DTT) with more than 45 states, ensuring that the same income is not taxed in more than one country. Most of these DTT follow the OECD Model Convention, while the US-Cyprus tax treaty follows the most recent model of United States Agreements. Amongst a plethora of states that have concluded DTT with Cyprus, are the following countries:

Moreover, Cyprus has laid particular attention to elevating both the competitiveness and the investment protection approach with respect to its shipping sector. It is considered as one of the most competitive shipping centers in the world in terms of registration fees and taxes. No tax is imposed on profits from the operation of Cypriot registered vessels, or on dividends received from a ship-owning company.

Is Cyprus a safe destination for direct foreign investment?

The Government of Cyprus is committed to implementing reforms to further strengthen the investment protection regime. Since acceding to the EU, Cyprus has implemented significant economic and structural reforms which transformed the economic and business landscape of the country. Tariffs and quantitative restrictions have been eliminated for all manufactured goods and agricultural products originating in Cyprus and other EU countries, liberalizing trade. Within the EU, the Common Customs tariff and all relevant EU legislative frameworks for the facilitation of the free movement of goods, capital and services have been adopted. The EU’s legislative landscape on failing banks may be changing quite rapidly.
Cyprus was indeed the first Member State to experience and implement the resolution and bail-in approach with respect to failing banks, thus relieving taxpayers and direct investors from suffering the burden of  rescuing failing, bad-managed banks. Last but not least, Cyprus’ hydrocarbons reserves being explored and to be exploited in the following years, are a stellar indication of how secure Cyprus has become for foreign direct investment. Both during the procurement of the offshore sea blocks in Cyprus’ Exclusive Economic Zone and at present, high-calibre investors and multinational corporations, such as Noble, Total, ENI and KOGAS (all of which have obtained an exploration license and are inevitably participating in direct foreign investment in Cyprus).

There can be no doubt that Cyprus is a jurisdiction actively protecting foreign direct investment at the highest levels. Cyprus, being an established business centre and an aspiring financial hub, has ensured that adequate legal protection for foreign investors is afforded. Direct investment protection in Cyprus stems from international law, EU law and Cyprus law itself. Cyprus adheres to and its legal order has seamlessly transposed all four established types of mechanisms offered by states to foreign investors towards investment protection.